You would not think Pittsburgh was a big place for diamond and jewelry business but you would be mistaken. Not only does Pittsburgh have a Office building dedicated to high end jewelers known as The Clark Building on liberty ave but it has also had some high profile Jewel Burglaries as well .

One such story involves the David Weiss Company they where popular catalog stores back in 1970s and 80's  along with Basco's and Dele Kenpers  all 3 long since out of business it sat Katy corner  across from popular shopping center and down off road which made it a perfect target being isolated.  Especially since the front of the store faced the rear of the highway . 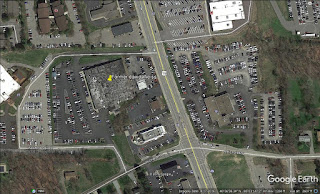 One night while working for Holmes Protection as an alarm runner repairman   in 1980 my runner Partner  the late Stanley Churma and I were sent to fix the Alarm at the David Weiss catalog showroom in Wexford on US 19. Stanley goes on to tell me this store was the reason Holmes had to install  the Wells Fargo Line Security  Unit on their McCullough Loop system .Which was used to transmit alarm signals to Holmes Downtown Pittsburgh Offices. After they suffered a major loss at this store in the 70's

A McCullough loop is basically a large single loop of telephone wire which starts at the central office and is starts out then goes to the individual clients panel and on to the next as many as 100 alarms could be monitored on this loop  each control had a small dc motor which would punch out a unique code in the office to tell when it was turned on and off or was in alarm and Holmes had McCullough loops which went all the way up to to Meadville Pa which monitored fire alarms at Amway feed mills 100 miles away. Of course McCullough loops had there problems as well and this is where burglars took advantage and why the line security unit needed installed.

Certain times of days when business where opening and closing multiple transmitters coming into the office could confuse the pen which made the marks on the tape and overlap each other  a real mess you could not tell some times of all alarm panels had closed properly.

Another problem which was exploited and allowed the David Weiss in Wexford to be burglarized in late 70's  and  tens of thousands in Jewelry stolen was the loop had  no way of knowing if it was going thru a customers
panel or not, a smart burglar just had to know where to place a jumper on the McCullough loop after measuring phone line voltages and determining which pair to jump and could bypass the panel which happened in Wexford.
To combat this high risk customers after this major burglary had modules placed in there panels and the line security unit looked to see that each panel was sending a special code to it if it did not see the code coming from the panels every 90 seconds an alarm went off and  armed runners like myself where dispatched to see what was going on. This technology worked excellent for many years but eventually burglars with computers where able to emulate it with another computer . McCullough loops have almost completely gone away with private secure 2 way radio and encrypted cellular and internet communicators now in use. Holmes Protection which was based out of NYC no longer exsists and was merged with one of the big national alarm companys.

Now for just such a burglary to go down  takes a burglary crew and many times big burglary where often thought to be pulled off by the local mafia crime family since they where  military precise. and left few clues . To my knowledge no one was ever arrested .


Of course with security getting harder to beat at night this has lead thieves to use the much ore risky tactic of day lite armed robberies where several armed thieves hit the place and break into show cases with sledge hammers and clean them out while holding employees hostage.

Posted by Nick Markowitz Jr. at 8:34 PM No comments:

The day the skies turned Red over parts of South Western Pa.

My parents often talked about the day the sky's over Pittsburgh turned red and how they walked home from school  in all the red colored smoke and smog one day in the 1940's
While many thought it was caused by massive forest fires in Canada  others are not so ready to give it such a simple explanation as other areas of the state where not covered by the mysterious red smog. northern county's closer to Canada you think would be covered by the smoke like Erie and Mercer where not.
But smog and pollution was so bad in Pittsburgh back in those days that there where days like in the picture above where street lights stayed lighted all day. A typical business man who wore white shirts back then had to change them up to 3 times a day.  I remember even in the 60's as a child how bad the pollution was certain summer days  even after efforts where made to curb it.

Of course red skies over certain communities where common  like in Connelsville where beehive coke ovens where operated but by the 40s most had been shut down and replaced with less smog producing ovens.
So that was not the cause of it possibly the Pittsburgh  area was getting ready to have its own deadly killer smog like that which hit Donora Pa. in 1948


What ever it was it is still speculated to this day to even being a Government secret experiment.  Because they did not have the complex capture and testing systems like they do today. What ever it was thank God it went as quickly as it came and did not settle over the valleys.

seems the smoke from the forrest fire  did effect all of waestern pa that day I recenty ran across htese arcticles talking about it in Erie pa. 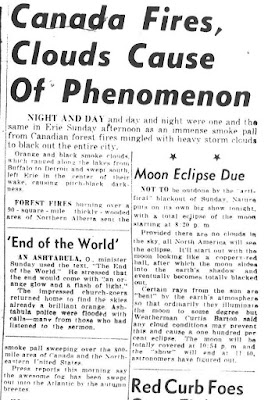 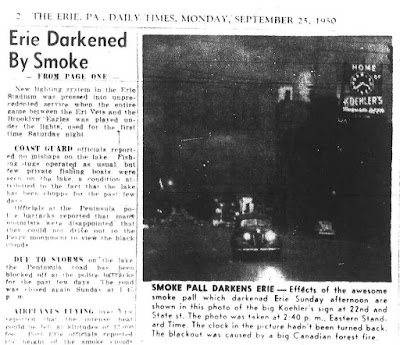 Posted by Nick Markowitz Jr. at 6:17 PM No comments: 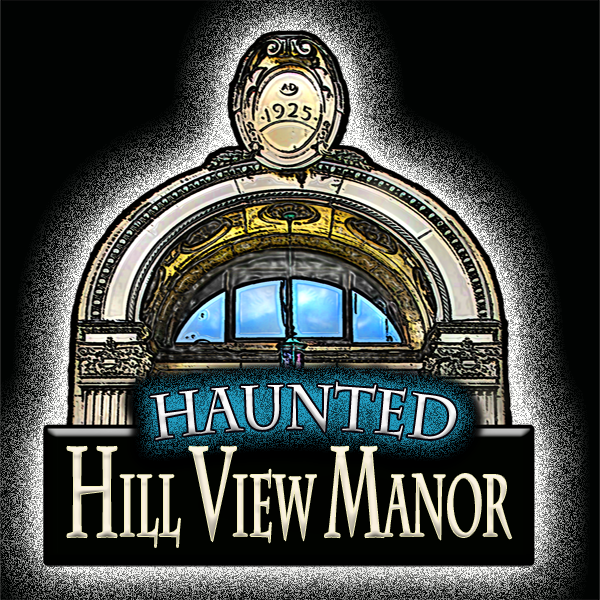